Information on Alcohol and Drugs for people living with HIV

Ketamine, often known as 'K' or 'Special-K', is an anaesthetic drug (used by vets in animals such as horses and by doctors in humans) which, when used as a recreational drug makes people feel detached from their immediate situation and surroundings. Many people who use ketamine say that it makes them experience their bodies very differently. The drug is used by clubbers, often with ecstasy or LSD (acid), and is also used during sex.

Ketamine comes as a liquid, white powder, or a pill and can be swallowed, snorted up the nose, or injected into a vein.

The drugs normally starts to work within 20 minutes, often gradually.

Initially the body feels like it is heating up. Generally, individuals report feeling detached from their immediate environment, and often have an altered sense of their body. Hallucinations and an altered sense of colour and sound are also frequently reported.

It is also known that ketamine can cause difficulties in communication and moving. Sometimes the drug causes a person to freeze completely. This is often referred to as a 'K-hole', as the user goes into an anaesthetised state. When in this condition, users are often totally unable to take care of themselves or to communicate. Difficulties swallowing, along with choking, vomiting and overheating have been recorded amongst ketamine users. Several deaths have also been reported among users in New Zealand.
In both the short and longer term, ketamine use can cause problems with memory and emotional and psychological disturbances.

The effects of ketamine usually last for about an hour, but some users have reported the effects of the drug lasting from three to six hours. It usually takes a day or two to feel completely normal again for somebody who has taken ketamine.

There are no recorded interactions between ketamine and the currently available anti-HIV drugs. However, ketamine is often taken with other drugs, such as ecstasy, which do interfere with the way the body processes anti-HIV drugs.

Because of its anaesthetic effects, ketamine can stop people feeling pain. There have been reports of people suffering severe internal injuries after being fisted whilst taking ketamine. Sexual inhibitions might also be lowered by taking ketamine and there is some anecdotal evidence that use of the drug acts as a trigger for unprotected sex for some people.
Long-term use of ketamine can cause memory loss, mood problems, including depression, mania, psychotic episodes and flashbacks. Tolerance of ketamine can develop, meaning that you have to take more of the drug to have the same experiences. Both physical and psychological dependence on ketamine are possible.

If you use ketamine, or are planning to do so, then think about discussing this with your HIV doctor or another member of your healthcare team. Most HIV specialists are happy to discuss drug use and can provide helpful information on minimising risks.
Taking ketamine may mean that you are physically or physchologically unable to take your anti-HIV medication and if you are planning on taking ketamine, it would be wise to plan in advance how to manage this.
The above information sourced and edited for New Zealand form contained on www.aidsmap.com
It is intended to support, rather than replace, consultation with a healthcare professional. Please talk to your doctor or another member of your HIV specialist for advice tailored to your situation.

If you find that you can not control your use of alcohol or other drugs, would like to cut back or stop or would like any other support in this area, Body Positive may be able to help. We currently have a range of counselling available in Auckland.
To talk to us about starting counselling, please contact us on 0800 HIV LINE 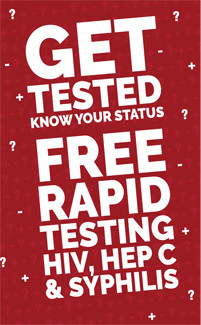